Two young men suspected of robbery were nabbed and one was killed by an angry mob in Benin, Edo state.

The young men are alleged to have been terrorizing the Sakponba neighbourhood by snatching people’s phones at night and collecting money belonging to market women.

They allegedly went to steal a laptop and an iPhone 6 on the night of Sunday, October 4, 2018, and were caught on Monday morning around Upper Sakponba road. 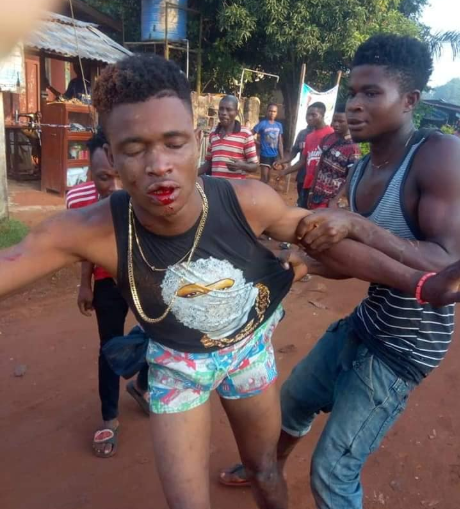 Angry residents decided to deliver jungle justice rather than take the suspects to the authorities. They beat up the suspects so badly that one of them died before police arrived.

The other was rescued by the police. 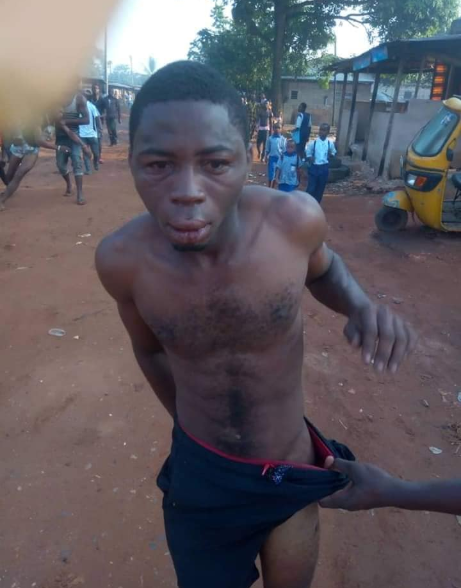 In a graphic video shared online, one of the onlookers can be heard saying to the dead suspect: “See wetin you use your life cause?” 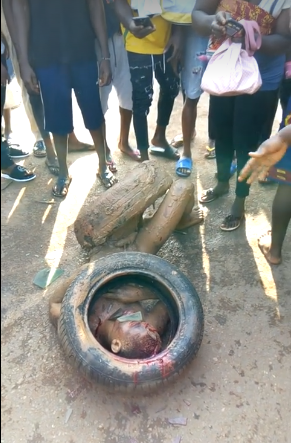 Sharing video and photos of the incident to Facebook, Osas Alibaba Iyeke wrote: 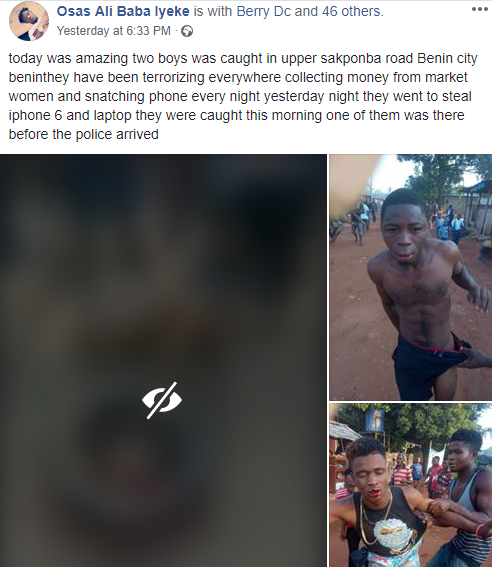 3-year-old girl starves to death after her mother, 24, left her alone for eight days so she could visit her boyfriend 600 miles away

When you type in “Idiot” in Google search, photos of US president Donald Trump comes up and…

The police in Zamfara state have arrested a 25-year-old man, Aminu Bala, who allegedly raped and…