Wizkid has taken to social media to pen down a message to his fans advising them against voting someone because a paid celebrity endorsed them. 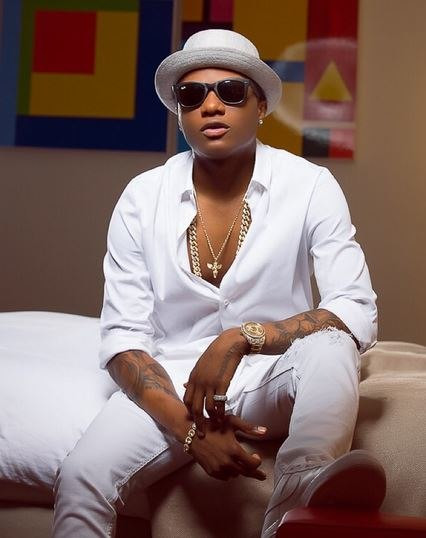 According to him, voters should not be influenced by people who have already collected money from politicians.

“Don’t let anybody wen don collect money influence ur vote to tell u who’s right or not! Use yot head! Vote wisely! I’m for whoever the people vote. Vote who you like…vote wisely. If u ’re old enough to get a PVC, u’re old enough to think! Don’t sell ur vote…uir vote can make a difference! Go out and vote!

“And Politicians wey Dey enter stop joking with peoples lives! U’re responsible for the lives of millions of people and ur decisions affects all. Help us make Naija a better place!!! Make una use una head! One Love!” he wrote. 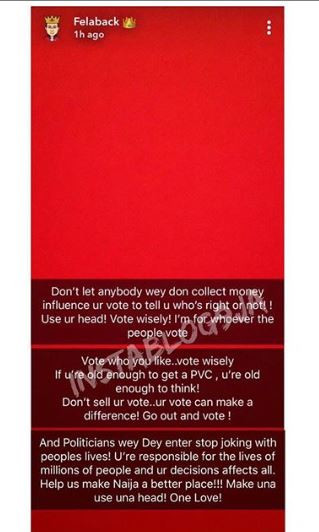 Husband to popular Nollywood actress, Funke Akindele has explained why he got married to the…