Kenyan socialite, Vera Sidika has broken up again with her boyfriend, singer Otile Brown after he asked her for a financial assistance.

The curvy model took to Instagram to reveal that they are no longer together just two days after they reconciled after their initial break-up. She also shared screenshots of her conversation with Otile, where she blasted him for asking her for money to buy a Mercedes.

According to the socialite, it is a turn off when a man keeps asking a woman for money and she believes the reason Otile came back was because of her money.

‘ As much as we love so deep. Women do find it a turn off when a man keeps asking for money. Regularly. From week 2 of dating. This time it happened 2 days after a break-up reconciliation and it ended up looking like the only reason he came back was for the money. I have been in this situation before & I refuse to be used financially or for fame. If such a person walks away coz u didn’t give them money …it’s more like good riddance to bad rubbish

See the screenshots below. 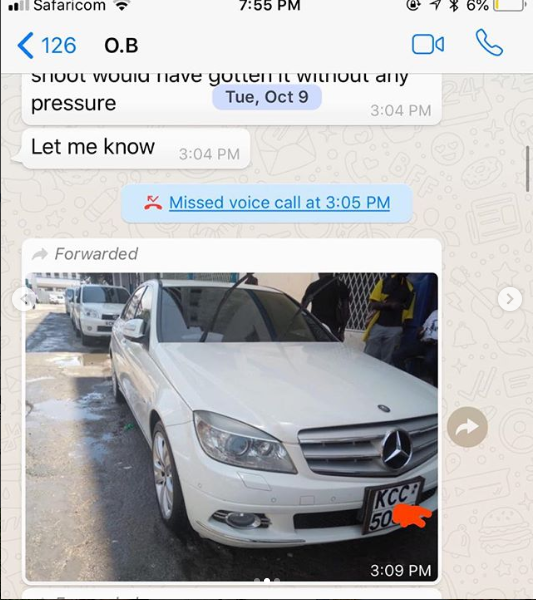 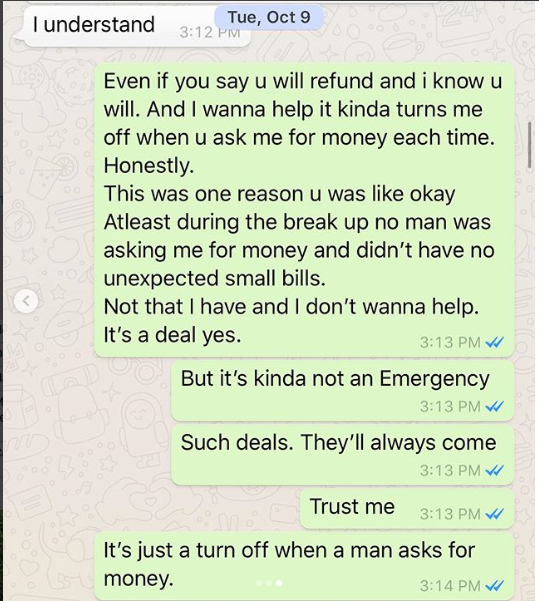 Nollywood actress and Ini Edo’s lookalike, Queen Wokoma’s marriage with husband has crashed after one…

Nigerian footballer, Obafemi Martins shared a photo of himself and his latest car. The football…

According to Nollywood actor, Kelvin Ikeduba, the Nigerian film industry is made up of the ‘fakest…