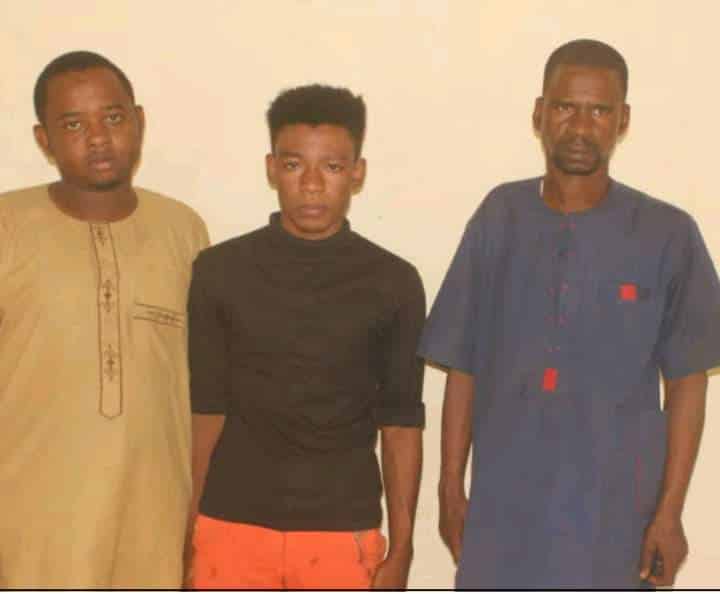 Spokesperson for the command, SP Gambo Isa, who confirmed the incident said that Aminu Tsanni lured the duo of one Abdullahi Abubakar, 20, of Yar-Kasuwa Qrts, Katsina and Rabi’u Yahuza, 23, of Sabin Layi Qrts, Katsina into King Paradise Hotel, Katsina, and had unlawful carnal knowledge of them one after the other, against the order of nature.

However, nemesis caught up with them when the principal suspect couldn’t pay the victims their agreed price of N10,000 each as bargained. The suspects in retaliation, took away his two GSM handsets.

Aggrieved by their action, the said Mai Unguwar Tsanni reported the matter at Sabon Gari Division as ordinary case of theft of handsets.

However police investigation has it evidently clear that, it was a case of unnatural offence as confessed by the trio.

Suspects have already been arraigned before a competent court of jurisdiction for prosecution.

It has been reported that Salihu Tanko-Yakasai, A media aide to the Governor of Kano…

Nigerian afro pop singer, Sean Tizzle has taken to his twitter handle to reveal that he is…