An IPOB member is currently making rounds on social media over the derogatory words he used on former Governor of Lagos State, Bola Tinubu.

In the video currently trending online, he can be heard saying;

“I will use every power to make sure you die, we will use you to set example. We will do it and nothing go happen. This Yoruba idiot, it is too much.

Lagos is not anybody’s property. Anybody that has land there is a landlord. If you think you are going to loot people’s shops and do those rubbish, go and ask people in Kano what we do them in Kano…….”

” @jimiagbaje please find a way of speaking to your allies. The election of a Governor in Lagos should not be a do or die affair.” 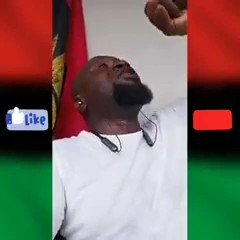 .@jimiagbaje please find a way of speaking to your allies. The election of a Governor in Lagos should not be a do or die affair.

However, some Internet users have called for the arrest of the IPOB man over his hate speech, especially now that Lagos Governorship election is around the corner.

See some comments below; 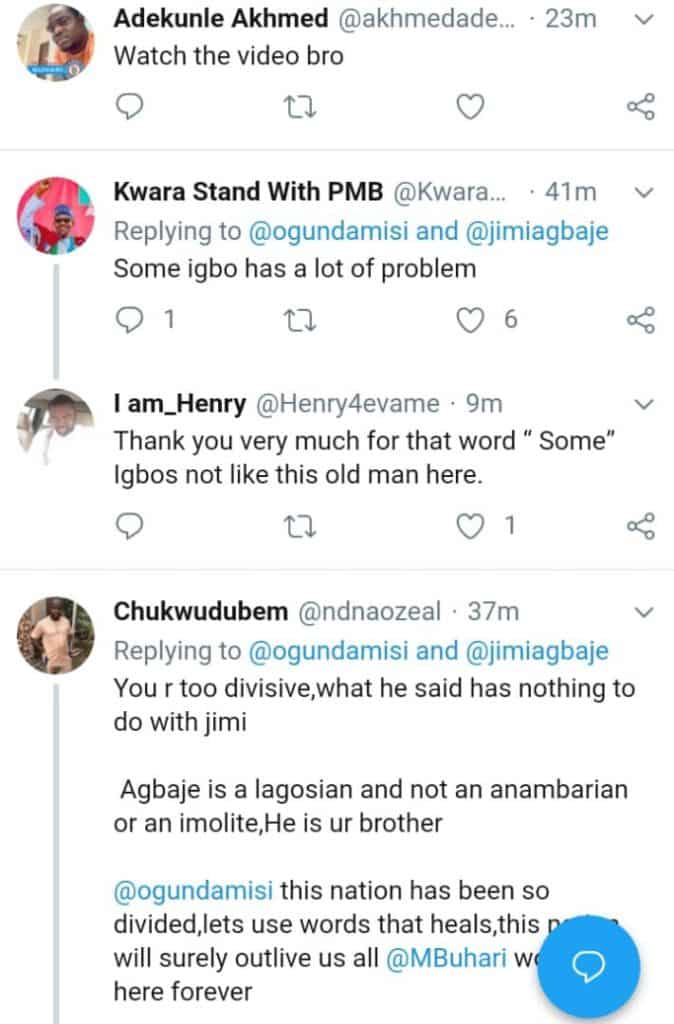 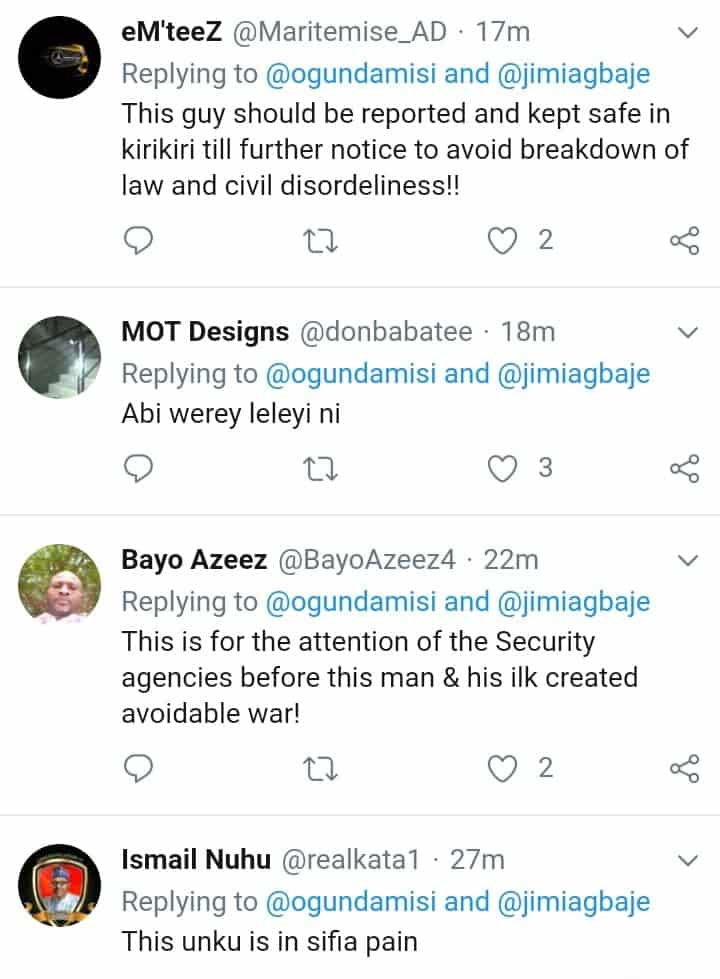 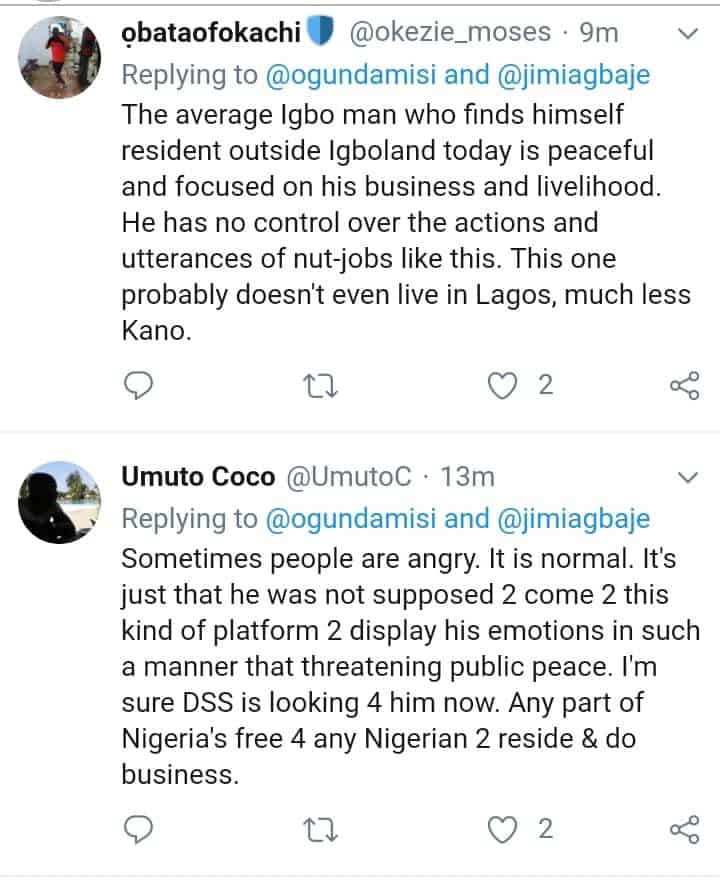 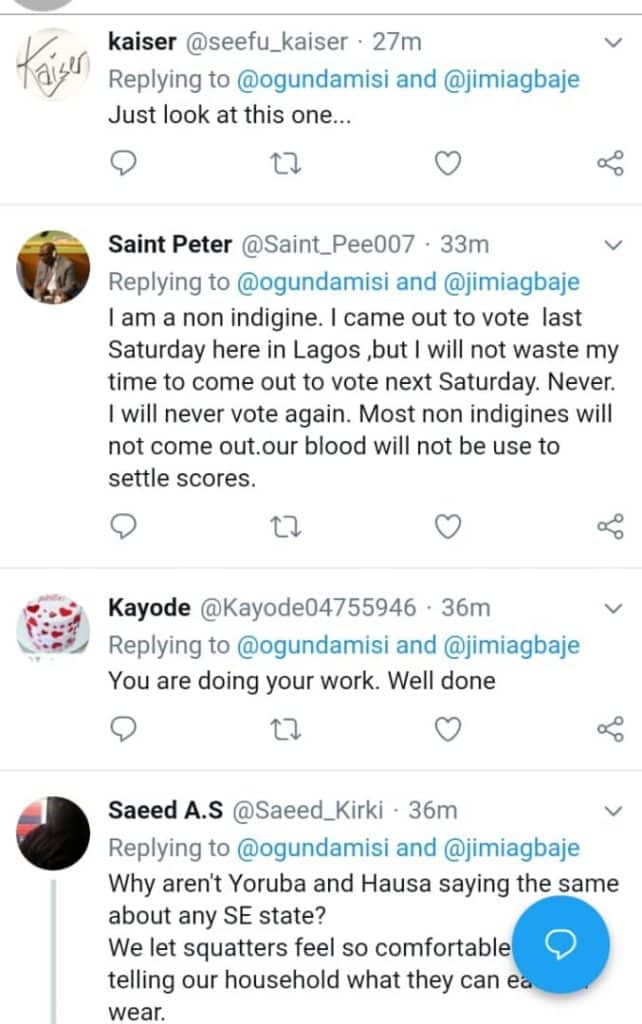 Nollywood actor, Kevin Ikeduba, recently shared a video where he spoke passionately about the movie…

Blackface Naija has declared total war on 2Baba, saying on his Instagram page that the…