Ex-BBNaija star and former banker, Tobi Bakre have been accused of stealing some creative ideas.

The two photographers, Ayo Max @Shutterbouy and @Ayofilmit in a viral tweet on Monday, alleged that Tobi used the photoshoot ideas they shared with him through an official email without crediting them.

This came hours after Tobi shared new photos on social media showing him on a boat, garbed in elaborate Yoruba traditional attire, a concept the photographers claimed to have come up with.

@Ayofilmit tweeted, “This is wrong bro. My twin and I shared this photo shoot idea with you in a private email; you ignored the email and shot our concept. That’s wrong bro very wrong cc @shutterbouy”.

While this photo has earned Tobi the accolades of many, the film director whose name on Twitter is @DirectedbyDiji accused him of stealing that concept. 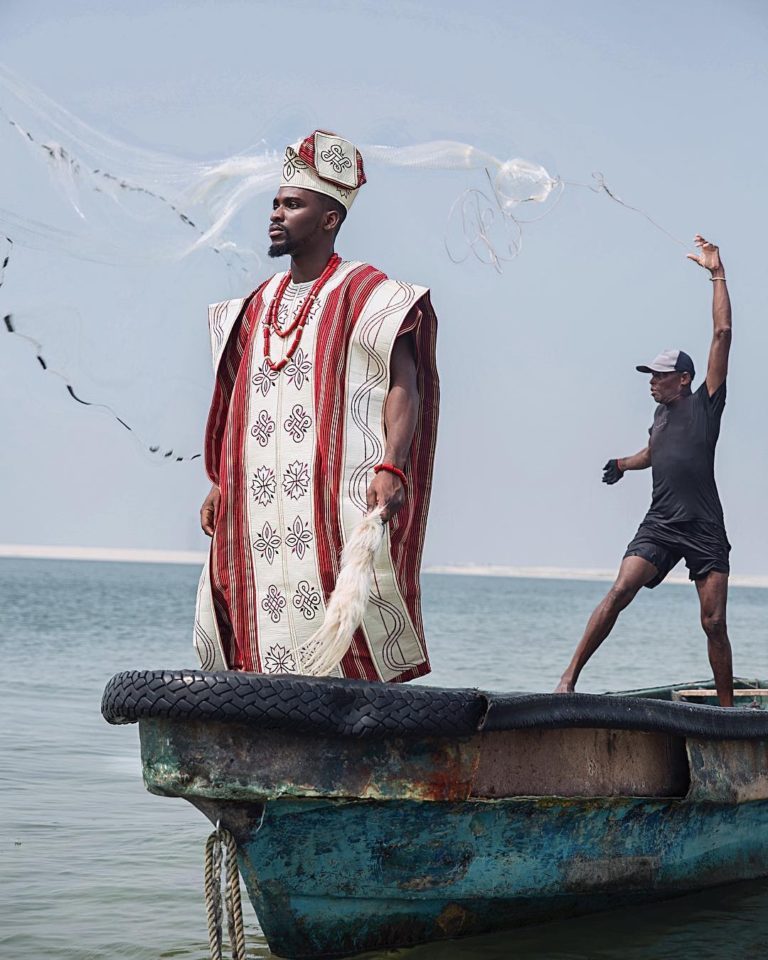 According to Diji, his friends sent a mail to Tobi Bakre briefing him about this particular concept. However, the mail was supposedly ignored by the BBNaija star. Upon seeing a photo that seemed to have the nuances of his friend’s concept, @DirectedbyDiji drew the conclusion that Tobi had gone ahead to steal his friend’s creative idea and use it with another photographer.

This conclusion caused him to take to Twitter to share photos of the mail his friend had sent to Tobi and raise an accusation.

~ Man with no conscience! I wonder if people just do things without thinking or knowing the consequences of their action/s. How will you ( @tobibakre ) feel if you shared an idea with someone & this happened? I respect your hustle G but this is all wrong. Do better.

23 people are talking about this

Following the buzz of the accusation, Tobi responded through his Instagram page @tobibakre.

He said his mails were managed by his management and not him.

He also denied stealing the idea, adding that the decision to use the boat was decided on set by his team, especially his stylist @Rogue_ng.

He said, “I have a team/management that reads and responds to my work emails. Never was the mail brought to my attention.

“All my works as a photographer have no element of copy in them. My creative genes are still fully functional. It’s evident in all that I do. Thank you.

“The idea to use the horse and the boat came from @rogue_ng the Stylist. I only added the extras of the creative process.

“I reaffirm that never in this lifetime will I take or use someone intellectual property without due process. I am also a creative and will never condone such,” Tobi said.

His creative director, Saddic tweeted a response @Kissity collaborating the story that the photoshoot concept was unplanned and he never saw the alleged email nor had an idea about using a boat as props.

“Hello. I’m the creative director of @rogue_ng and the shoot with Tobi.

“I never saw your email with him nor did he tell me about this idea.

“I went to oniru days before the shoot and saw the lifeguard boat and the concept came to me immediately.

“When the other photographs from the shoot are out, you’d see we ran with a lot of concepts and the boat idea was just one of them.

“The only idea Tobi added in this pic was the fisherman with the fishnet. I have been designing the attire from scratch since last year and I didn’t even have any model or photographer in mind at the time.

“There are a thousand photographs with a model on a boat in a lake or river so don’t get it twisted. The shoot wasn’t orchestrated by him, it was by me!!

“This isn’t even the main idea. The center theme was a horse and royalty and we were supposed to shoot in eko Atlantic but couldn’t get access so we opted for oniru,” Saddic said.

Meanwhile, some twitter users have expressed divergent views over the development.

Below are some of the reactions:

@zowiehillz, In the creative land One may see a ripe mango n think of eating it…another may plan for the same mango to eat n make juice from it Lesson: Excute ur idea wen its ripe cox u never knw sum1 else has a better version of the same plan as u have!!

Pro [email protected], I found a potential man in the midst of your trials and tribulations..A fav that keeps on giving @tobibakre. 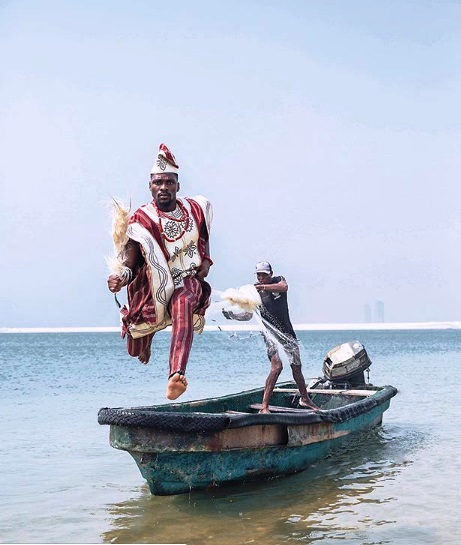 Bakre, a former banker; doubles as a host, actor and photographer.(NAN)

The Vice President of Nigeria, Prof. Yemi Osinbajo has disagreed with the Central Bank of…

Babymama of Dangote’s in-law, Jamil, accuses him of insulting her and mocking her business

“I am depressed” – Instagram comedian, Cute Abiola cries out for help