The United States is offering a reward of up to $1m (£750,000) for information about one of the sons of the late al-Qaeda leader Osama Bin Laden.

According to the US State Department, Hamza bin Laden, whose father was killed by US Navy Seals in Pakistan in 2011, is emerging as a leader in the al Qaeda terror network.

As American officials hunt him down, United Nations member states are required to freeze Hamza bin Laden’s assets, and comply with a travel ban and arms embargo, according to the State Department bureau of countert3rrorism. US officials estimate Hamza bin Laden is between ages 30 and 33. 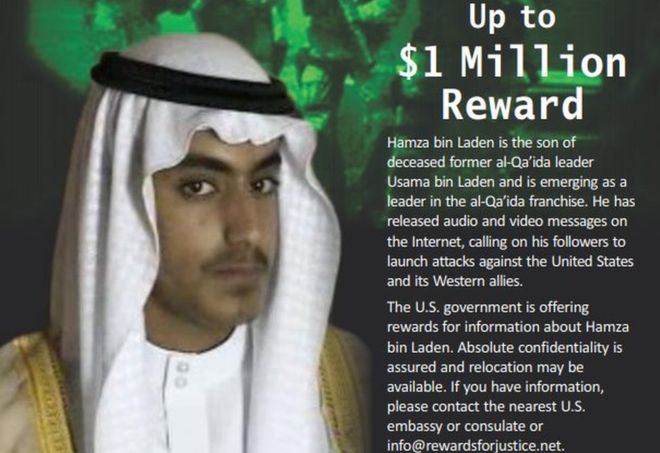 Policeman Prostrates And Begs For Mercy At Ogun Judicial Panel