Nicki Minaj has become the first female artist in history to have 100 entries on the Billboard Hot 100 list.

Last year, the rapper surpassed Aretha Franklin and made history by becoming the female artist with the most tracks to have ever landed on the chart. Months ago, she became the first female to have ever had 90 tracks on the Billboard Hot 100 list. 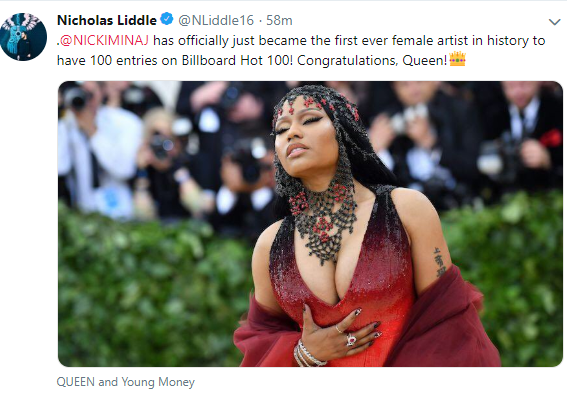 A Jamaican man, whose name was given only as A. Cambell, won a lottery and…

Jussie Smollett apologizes to Empire set, says he didn’t do it

Embattled Actor, Jussie Smollett apologized to the Empire set shortly after he was released on…