This is the shocking moment a Brazilian model accidentally set herself on fire after arguing with her girlfriend.

Katiuscia Silva Mota, 31, was captured in surveillance camera arguing with her 21-year-old girlfriend outside her apartment in the São Diogo neighbourhood of Serra on Monday, August 10.

The pair continued their argument as they went into the building before Katiuscia began to pull her partner back as she attempted to leave the building.

After letting go of her partner, Katiuscia went back inside. Soon after, she was seen running out of the building with part of her body on fire as her girlfriend and others then come to her aid and try to put out the flames.

The model was rushed to the Jayme dos Santos Neves Hospital in Serra, after suffering 40 percent burns to her body after the gruesome incident which is thought to have been caused by lighter fluid.

Police in southeastern Brazil are now investigating the incident. 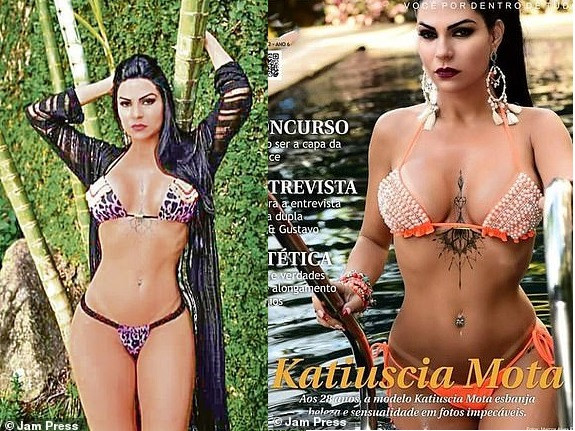 There was mild pandemonium today in Ikeja, Lagos, as traffic was brought to a standstill…

We can’t investigate stealing of pants for rituals – Police