Actress Yvonne Okoro has advised men to marry strong women who can beat the hell out of them when there is a misunderstanding in the marriage.

She is of the view that men shouldn’t marry weak women who will run to their parents when they are being criticised by their husbands.

“Don’t marry a weak woman; when you criticise her she weeps and goes to the parents but marry a strong woman life me, if you beat her, she will beat the hell out of you and the loser will prepare dinner”. 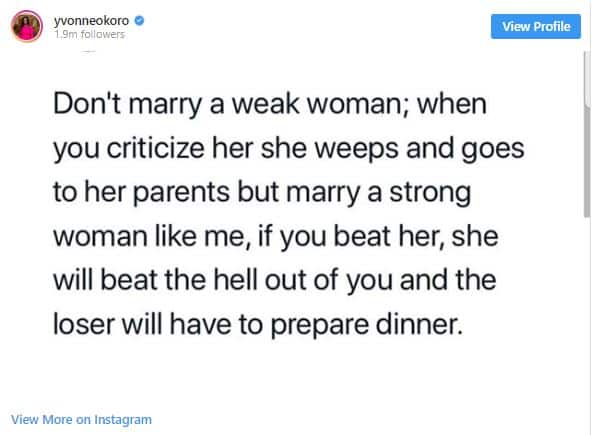 Another Nigerian trailblazer has emerged in the aviation industry in person of Adeola Ogunmola Sowemimo,…

Gay rights activist, Bisi Alimi and his husband, Anthony Davies, who officially got married in…