A supporter of President Muhammadu Buhari has been rushed to the hospital after injuring himself while celebrating the victory of the All Progressives Congress (APC) in the just concluded polls. 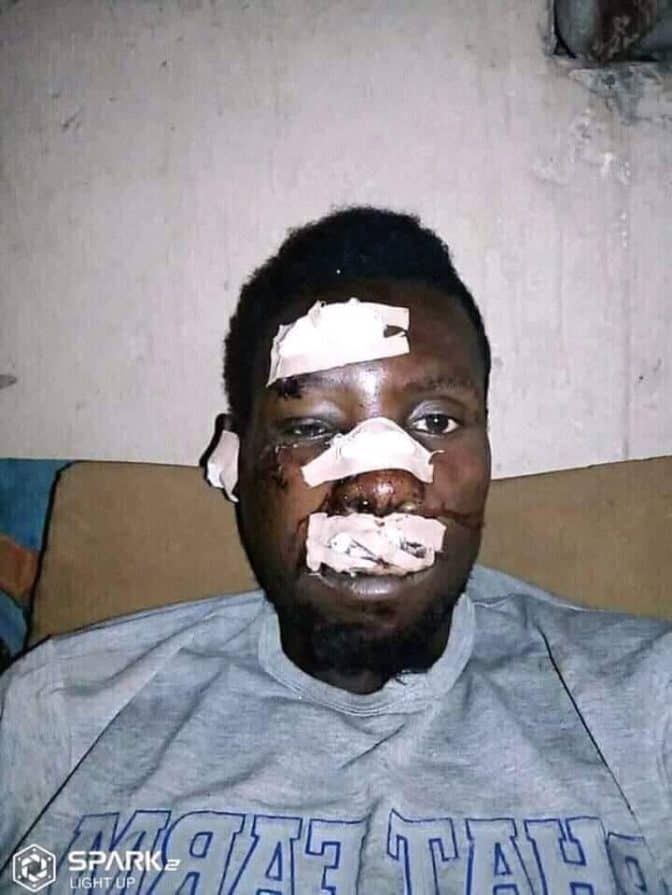 It was gathered that the young man fell down from a motorcycle and broke his nose and other parts of his face while rejoicing with others in the north.

This is coming just hours after a young man lost his life yesterday while celebrating Buhari’s victory.

The deceased fell from a motorcycle while jubilating with others along a highway in Jalingo, Taraba state capital.

Chairman of the INEC Committee on Collation Centre for the general elections, Amina Zakari, has…

“My marriage proposal was a stunt” – Broda Shaggi apologizes

Nigerian comedian, Samuel Perry aka Broda Shaggi has taken to social media to tender an…