Leo Da Silva has been called out for staging a video shoot with Cee C yesterday only to pass it off as a surprise birthday breakfast.

It’s Cee C’s birthday today and Leo shared a romantic video where he treated Cee C to a meal at the beach.

However, observant social media users pointed out that the video wasn’t shot today on Cee C’s birthday, neither was it a surprise breakfast and they shared proof to show it was pre-planned.

First, a screenshot from an Instagram story showing Cee C yesterday wearing the same dress as seen in the video was shared. Also, Leo was pictured yesterday meeting with Desmond Elliot in the same black turtleneck he wore on his ” birthday breakfast” date with Cee C.

The social media user who exposed the discrepancies called the former Big Brother Naija housemates out for faking a romantic video shoot prior to the birthday just to impress and pass it off as a birthday surprise.

Well, in all fairness, Leo did not state in his post that the video was shot on Cee C’s birthday even though that was the impression most people got.

See the screenshots below. 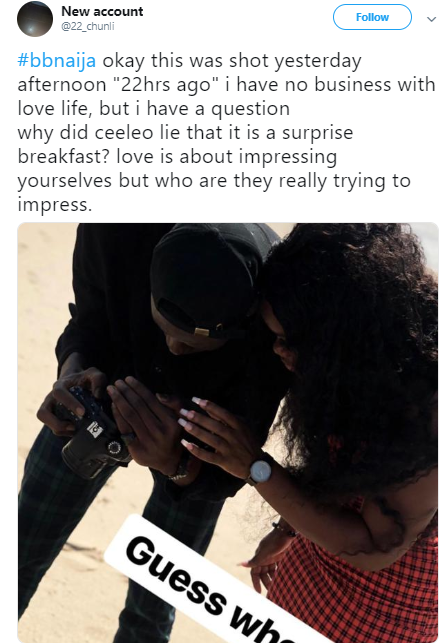 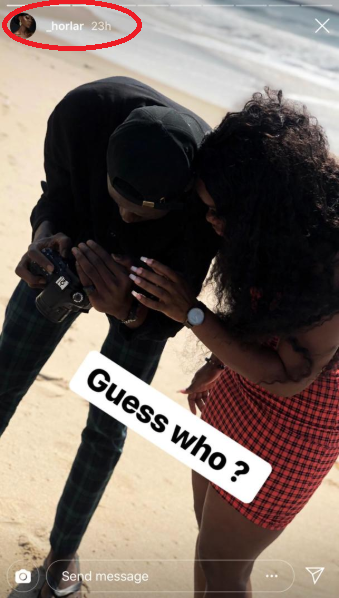 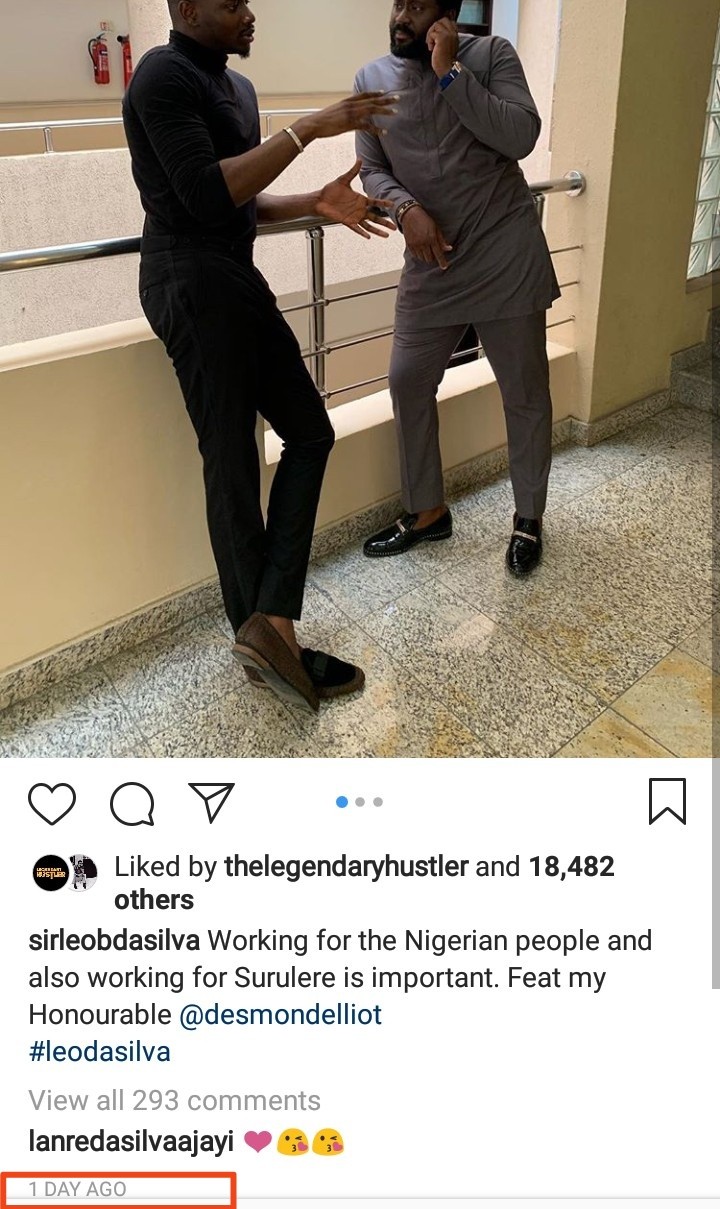 I Have The Assurance I Will Defeat Buhari In 2019 – Atiku Boasts, Gives Details Of His Preparation