Kanye West has shared a religious quote to Twitter but while his thoughts may have been on higher things, the 41-year-old accidentally included a picture of his wife, Kim Kardashian, in her underwear.

The screenshot from his phone showed a summary of the recent images on his camera roll, along the bottom of the screen.

Alongside pictures of Saint at the pool, a blurry Kim could be seen, posing in her closet in her underwear.

The image was then quickly deleted by Kanye who realised his mistake, but internet people still got a hold of it, lol. 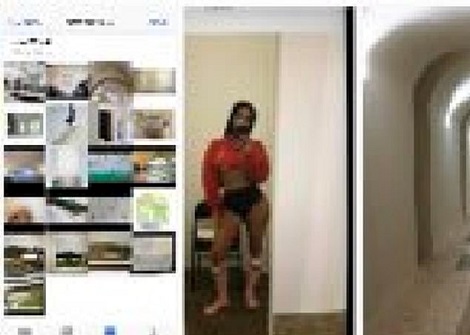 Speed Darlington tells Tiwa Savage reason why she should date him

Nigerian Instagram sensation, Speed Darlington seems to have taken interest away from DJ Cuppy and channeled it…