It’s official, Nigerian Afro-pop singer, Burna Boy is the first to serve a dish of controversy this year following his recent brouhaha over a mere font of his name in an international musical flyer.

The “Ye” crooner continued with his rant against Coachella following his earlier protest about how small they wrote his name in the flyers.

Burna Boy described himself as an African Giant fighting for the vision and future of the continent, but this morning he went a step further, but many Nigerians feel he took a step too far.

In his own words,

‘It is a fact that my own country ‘Nigeria’ is home to the largest number of Backward Unprogressive Fools. I will still fight for them because they are not mentally advanced enough to fight for themselves’.

This has caused a serious stir among Nigerians and they certainly aren’t finding it funny. Most are rather outraged that the singer comes to such despicable conclusion and justifies his stance all because of a mere font.

See some reactions below,

Man this can’t be true, @burnaboy referered to Nigeria as a home of ‘Backward unprogressive fools’? if this is true, then something has gone terribly wrong. To say this is shocking is an understatement 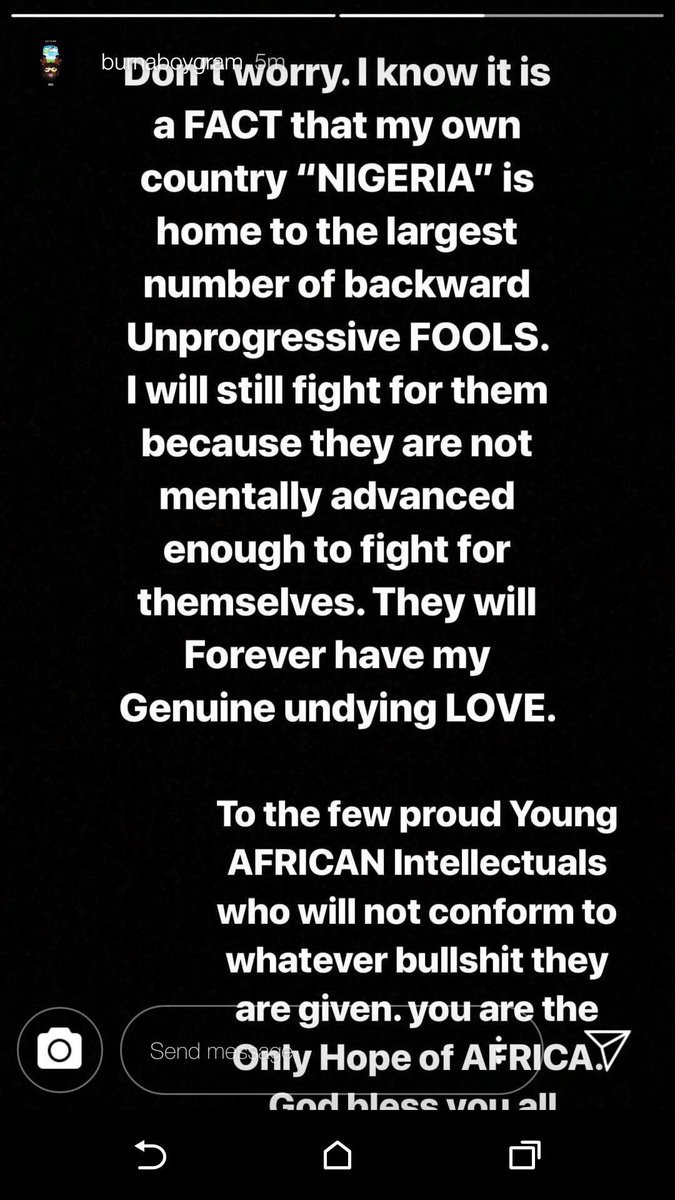 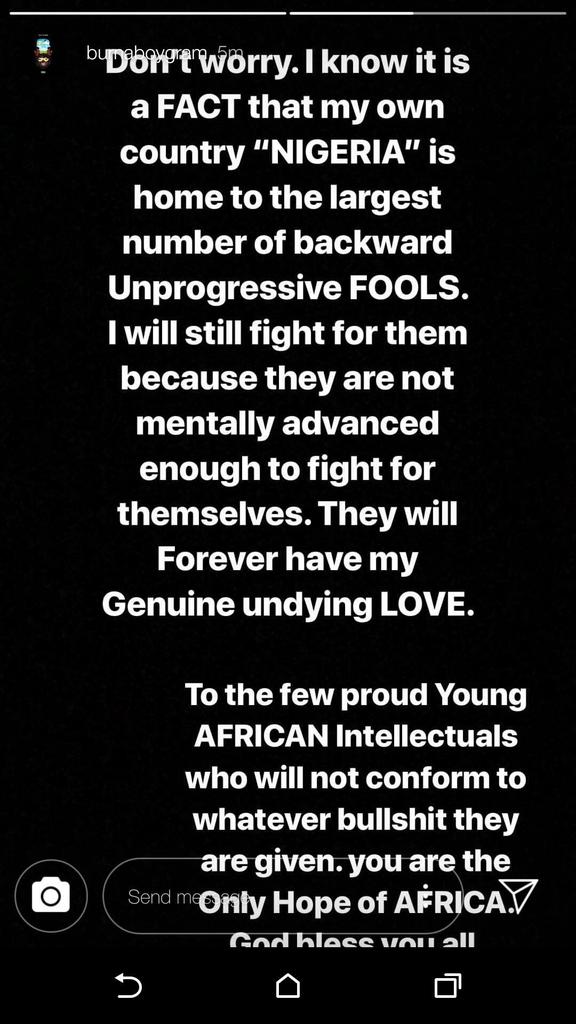 This can never be my MCM.

Is this your African Giant ??

You all have given too much power and Attention to the wrong person this time,Man is now intoxicated cause he makes Songs that sounds good when you are HIGH

Okay, Now it’s beginning to seem like Burna boy just wants to trend. Because saying “Nigeria is the home to the largest number of backward unprogressive fools” was a really unnecessary thing for him to have said. 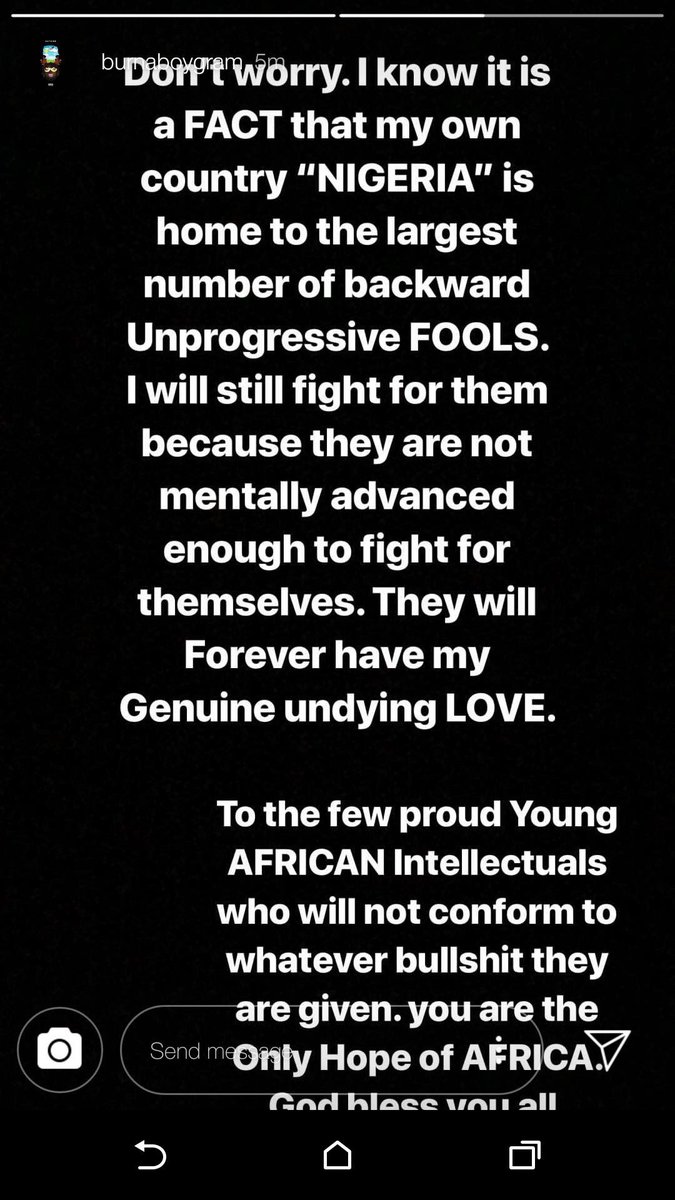 This advanced Daddy showkey a.k.a Burna Boy just called Nigerians “Backward Unprogressive FOOLS” for calling him out over allowing Font size to define him as African Giant.

How dare you call Nigerians “backward unprogressive fools”?@burnaboy Nigerians are the ones pushing your career to the top son. You need to publicly apologize.

You are a thug.

See why its never right to over hype some Artiste?

They put your name in a small font because you’re not as big as the artistes in bigger fonts, but you’re calling your fans backward unprogressive fools 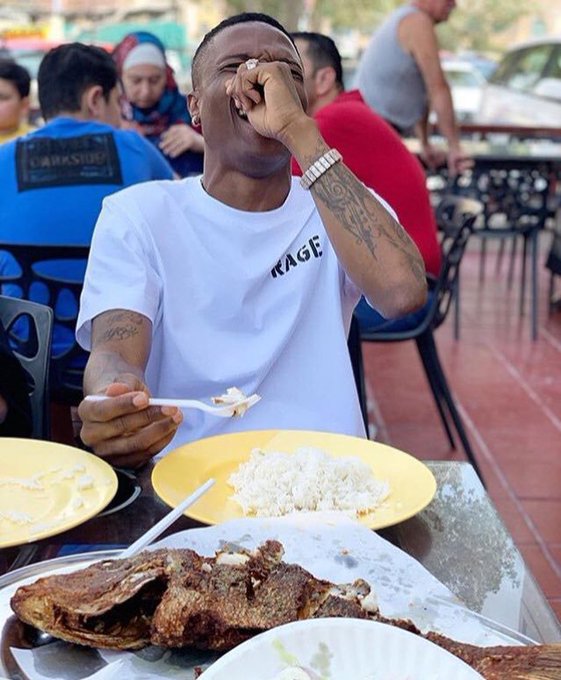 Me: when the hyping don enter body

Burna Boy called some Nigerians backward unprogressive fools but there really is an element of truth to it.

The truth will set you free, but first it will piss you off.

Don’t shoot the messenger pls. There is truth in the message.

252 people are talking about this
Twitter Ads info and privacy
“How dare you call us ‘Backward Unprogressive Fools’2019 0you must publicly apologize” – Nigerians come for Burna Boy By Michael B. - January 4
Share This
Related Posts

There was a bit of drama in the camp of some Nigerian ladies, said to…

A quite romantic boyfriend who proposed to his girlfriend in the middle of a bridge,…

“Can the Army harrass an off duty Police officer for rocking Military outfit?” – Nigerians ask Dolapo Badmos as she rocks off-shoulder camo top