A kind-hearted Nigerian man has revealed how he helped an old aged woman make excessive profit from her groundnut business.

Taking to his twitter page, he wrote on how he takes a bunch of her groundnuts and sells it times four the rate at which she sells it.

I met this mama who sells this jumbo size peanuts, called Auchi groundnut in March. I told her I’d help her sell up to 500k before end of 2018.

Each time I’m traveling, I collect as much as I can and sell a bottle which she sells at N500 at 2k. 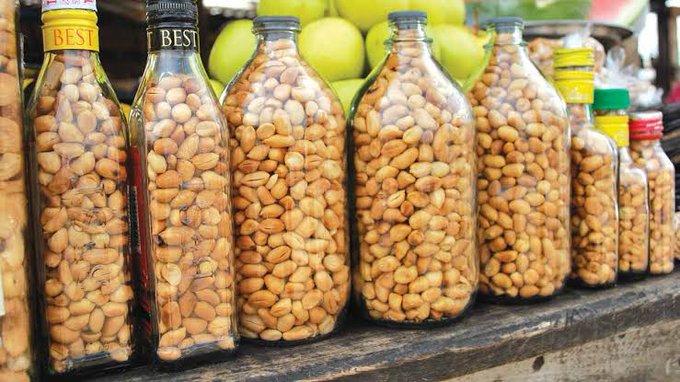 2,961 people are talking about this

Excited mom celebrates her quadruplets on their 10th birthday (Photos)

I’m not kevin Hart – Rapper Ycee replies Artist who did a pencil sketch of him.

Nigerians has taken to social media to call out Rapper, Y-Cee over his savage reaction…

There was pandemonium on Friday evening at Malam Aminu Kano International Airport, Kano State after…