Egypt’s Al-Azhar university has confirmed the expulsion of a female student after she appeared in a video hugging a male colleague, accusing her of undermining the school’s reputation.

The video, which went viral earlier this month, showed a young man carrying a bouquet of flowers kneeling before a young woman and then hugging her in what appeared to be a proposal.

The video was not filmed at Al-Azhar, but at another establishment, Mansoura University in the country’s north. Nevertheless the disciplinary council of the Al-Azhar University campus in Mansoura on Saturday “decided to expel the young girl definitively”, university spokesman Ahmed Zarie told AFP. 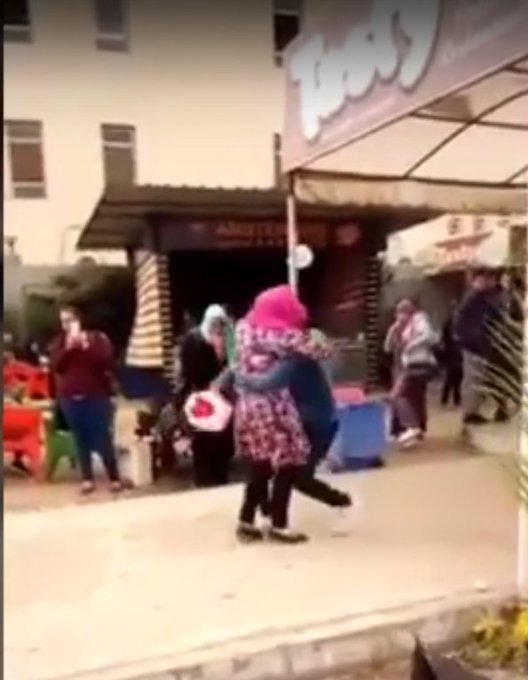 Egypt’s al-Azhar University just permanently expelled a student for giving her boyfriend a “hug” after he proposed to her. Yes, we are talking about the same country that has one of the worst records of sexual harassment. Deep societal hypocrisy + government’s pathetic policies

He said the video had caused a “public outcry” and that the university’s decision to expel her was because she had presented a “bad image” of Al-Azhar University, which strictly segregates the genders. He said hugging between unmarried men and women violates “the values and principles of society”.

The expelled student, however, can appeal the expulsion decision, Zarie said. The young man who appeared in the video could also face sanctions, a spokesman for Mansoura University said, adding that the school’s disciplinary council will meet on Monday to decide his “punishment”.

Reality TV star and mother of three, Kim Kardashian was surprised by her husband, rapper, Kanye West on Valentine’s…

Popular Nigerian Snapchat Slay Queen, Teju Pretty has been disgraced by an Instagram vendor whose…

Kenyan socialite, Huddah Monroe took to her Instagram to dish out a piece of advice…