Convener of the Concerned Nigerians group, Deji Adeyanju has reportedly been arrested by officers with the Nigeria Police Force.

Adeyanju was attending the #PoliceNotPoliticians protest at the time of the arrest, the Concerned Nigerians Twitter account shared. 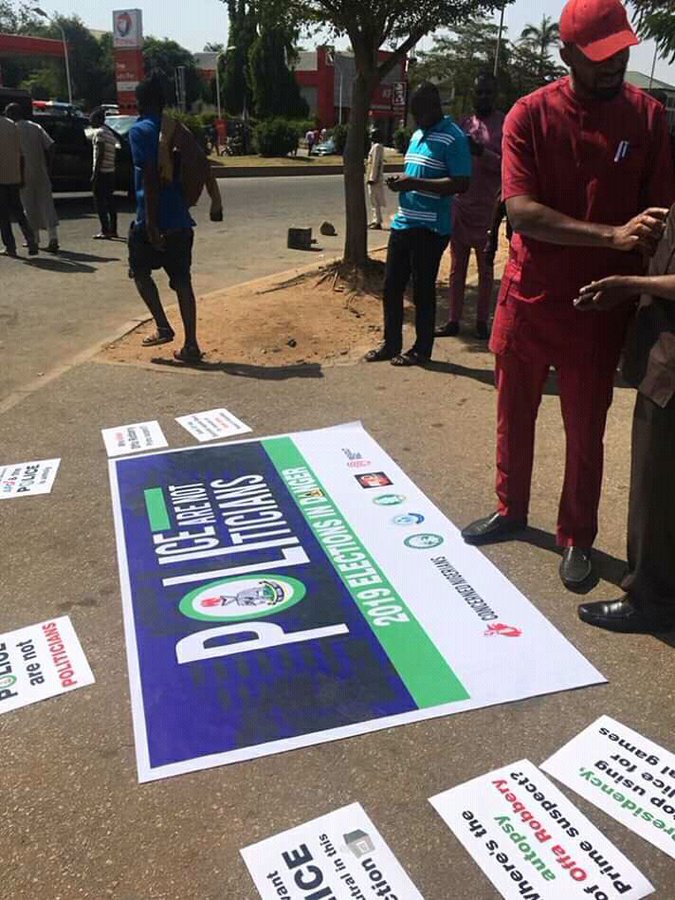 FLASH: Our convener, @adeyanjudeji has been arrested by the Nigerian Police.

138 people are talking about this

The protest which took place at the force headquarters was embarked upon to demand that the Nigeria Police Force remain neutral in the forthcoming 2019 elections.

Sahara Reporters claimed that two others were arrested alongside Adeyanju

He is not only the driving force behind TraderMoni, but the entire GEEP micro-loans program…

Nina buys herself a Lexus SUV