Davido has successfully thrilled Liberians despite a powerful rainfall, after storming the nation for his concert.

DMW boss’ arrival in Liberia for the concert was tagged as the biggest event of the year, which went down at the SKD Sports Complex, Mills Center, Liberia on Thursday, November 29th.

Shortly after his arrival in Monrovia, Davido and his team took a tour of the city where they were thronged by a large crowd who followed him around screaming, ”O.B.O.”

At the main event later that night, the concert which featured a number of other Liberian acts including Kobazzie, Christoph, Stunna, DenG and more however had Davido who was the headline act stealing the show.

Performing under the rain as the heavens had opened up just before he stepped on stage, Davido delivered a number of his hit records from ‘Dami Duro’, ‘Money’, ‘Skelewu’, ‘If’, ‘Fia’ and more to the excitement of the packed crowd who sang along to every of his song. 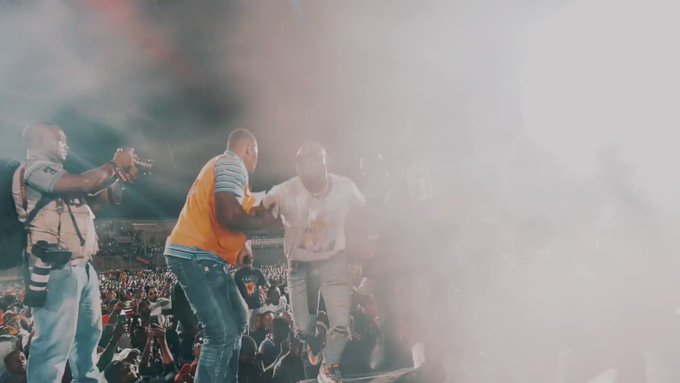 LAST NIGHT ! SEND DOWN D RAIN !! IT DONE STOP NOTHING !! ITS CALLED PASSION

2,922 people are talking about this

This is Davido’s first ever concert in Liberia and indeed he made it a noteworthy occassion for all those who were present.

“If you thought Í’d die, I did not die” – Tonto Dikeh addresses those who ”came to give her food in her dream last night”

I have always been a bad girl – BBNaija’s Khloe Declares