A London university student believes they’ve come up with a way for dads to breastfeed their babies. Marie-Claire Springham, a product design student at Central Saint Martins, is in the process of making a “chestfeeding kit” to enable dads breastfeed their newborns.

The idea behind the product is for dads to be able to help mums who are struggling to breastfeed or mums who are too sick or incapacitated after childbirth.

Still in the conception stage, the kit is yet to be tested, but contains a cocktail of hormones that the man would take while his partner is pregnant, in order to “grow milk ducts”. The main hormone is progestin, a form of the female sex hormone progesterone, which helps to stimulate the production of milk-producing glands.

This would be followed by a round of domperidone which is often given to mums who are experiencing difficulties with breastfeeding as it encourages the production of prolactin, a hormone which tells the woman’s body to produce milk. 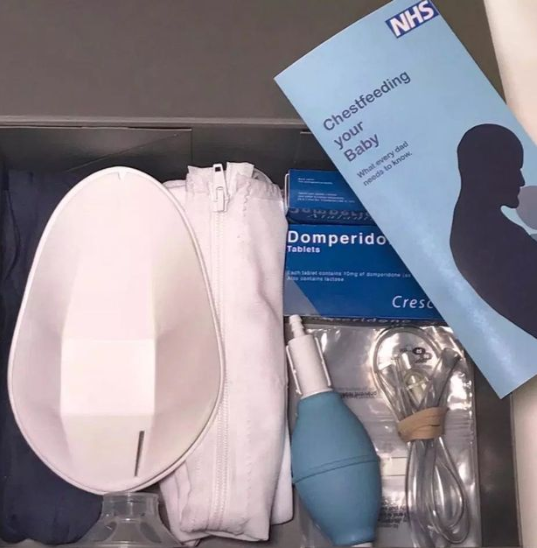 However, there is one major possible side effect to taking the female hormones. Which is that the man could grow “moobs” or man boobs, up to a b cup until they stop taking the hormones.

As well as the different hormones, the chestfeeding kit also contains a pump and a compression vest, which is very similar to a maternity bra. 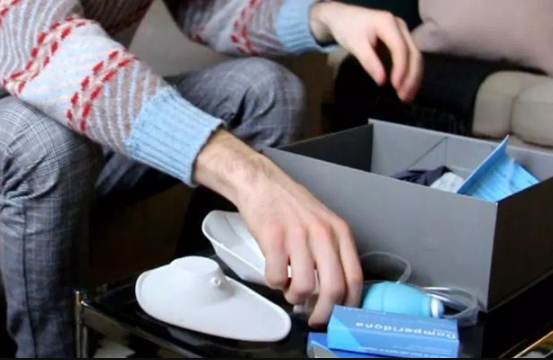 Marie-Claire hopes her idea will help to stop fathers from feeling left out when raising their baby and believes the kit could be available in five years time.

Her design for the kit recently won an award at the Meaning-Centred Design Awards.

However, in order to make the product available for purchase, it would need to be rigorously tested as it is not known how much milk a man could produce, or if it would even be nutritious for the baby.

300-level student of the Department of Agriculture, University of Ilorin, Gbenga Favour Olaoye-Akanbi, 19, has…

“Myself and Babatee are no more together” – Actor, BabaTee’s second marriage crashes

Following the crash of his less than two years marriage to London-based socialite, Yetunde Oduwole,…

Two nurses working at Trinity Clinic, Meiran, Lagos, have been arrested by the Lagos State…