The National Film and Video Censors Board has set up three panels to analyze and classify a film titled, ‘Bob Risky in Love’ starring Idris Okunneye aka Bob Risky.

The movie was produced by Nollywood Namaste Production company while Ken Steve Anuka was the director.

In the movie, Bob Risky portrays a transgender woman named Cherechi who traveled out of the country as a man only to return to the village as a woman to the chagrin of his fiancee and relatives. 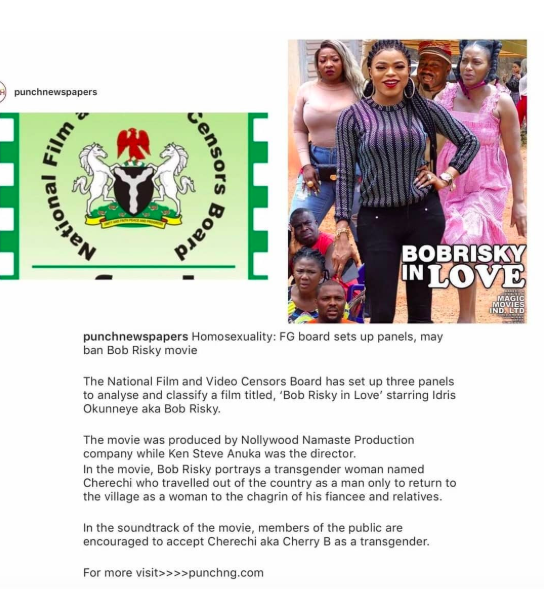 DMW artise, Peruzzi has got himself trending on social media after a lady alleged to…

Viktoh assaulted by Police after his performance at the Afrikan Shrine

Nigerian singer and rapper, Viktoh who was signed on to Olamide’s YBNL was assualted by…

A high chief in Edo state, Chief David Edebiri who is the Esogban of Benin…