A man in north-west China has been hospitalised after he chopped off four of his fingers during a heated argument with his wife at home.

The furious husband grabbed a knife and cut off his fingers out of rage during the fight at their home in Lanzhou, Gansu province. The man’s horrified wife immediately rushed him to hospital, where doctors were able to reattach the severed finger on his left hand.

The 35-year-old man told video news site Pear from his hospital bed that he cut off his fingers out of rage in an attempt to ‘let off steam’. 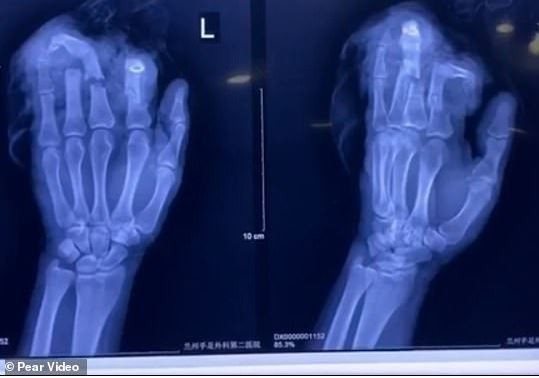 ‘I knew I shouldn’t hit or hurt my wife, so I grabbed the large knife behind me and chopped off my fingers. I did a stupid thing’ he said.

‘The patient’s left index, middle, ring and little fingers were completely severed. There was seriously damage to the bone,’ a doctor at the Lanzhou Hand & Foot Surgical Hospital told reporters on Friday. 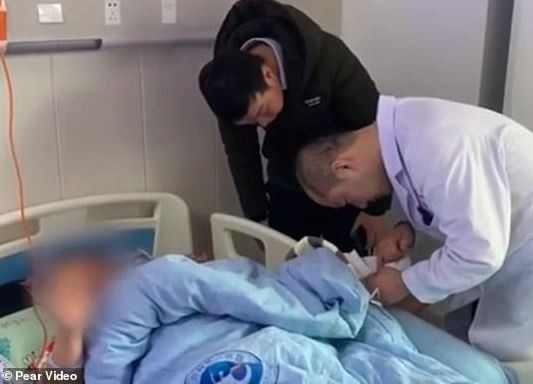 The doctor added that the man would not be able to attain 100 per cent of normal motion from his reattached fingers. ‘We performed emergency surgery and successfully reattach his fingers, but permanent partial loss of function is inevitable in the future,’ he added.

The man is now recovering in hospital after the operation.    The husband admitted that both he and his wife regret losing their temper after the incident.

The Caucasian who claimed Nigerian citizenship, said he is from Ilorin, the Kwara state capital.…