Anyone who has plans of travelling around and out of the country might be unable to do so come Tuesday, November 6th as the Federal Airports Authority of Nigeria has declared its intention to join in the nationwide strike declared by the Nigeria Labour Congress over FG’s refusal to meet its minimum wage demand.

Talks on a new wage have reached deadlock after state governors said they couldn’t guarantee the payment of N30,000 wage to workers. A court had ruled on Friday that the strike be cancelled, as it would jeopardize citizens’ livelihood. But the NLC insists it is well within the ambit of the law to embark on the strike.

FAAN said in a statement it was standing with the labour union, and will shut down operations in compliance with the nationwide strike.

“All airlines operating in/out of Nigeria Airports shall be affected by this industrial action. We appeal to your good sense of understanding in this regard,” the organisation said in a bulletin to its workers.

See the memo below… 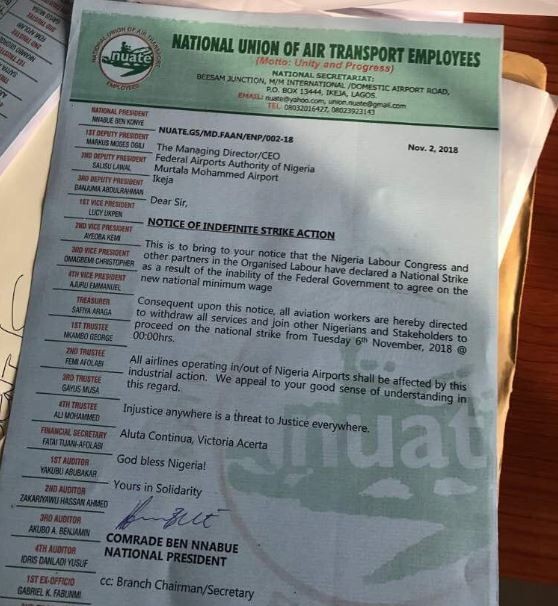 Why I Desire Genevieve Nnaji – Tobi Bakre Of BBNaija

See what Nollywood actress, Abiodun Olatunji tells women to do if their husband cheats on them

Up and coming Yoruba actress, Abidoun Olatunji, popularly known in the industry as Obelu Eru…